Harvesting in the vineyards begins when the winegrowers decide that the grapes have reached the perfect balance between sugar levels and physiological maturity. Sometimes the grape harvest must be approached to avoid threatening weather conditions. Hail can damage the grapes, while excessive rains fill the berries with water, which affects the dilution of the sugar. This reduces the quality of the subsequent wine.

Harvesting grapes is one of the most important steps in the wine production process. The main factor that determines when exactly the grape harvest will be done relates to the ripeness of the fruit itself. Grape ripeness is measured by taking into account the amount of sugar, acid and tannin. Before the harvest, winemakers decide on the type of wine they want to produce, and the ripeness of the fruit is taken into account in order to make the wine as high quality as possible.

Nature has given us good soil, lots of sunny days and good geographical orientation, and it is up to us to follow every step in wine production. It is a winning combination and a condition for our wines to find their way to lovers.

The production year in the vineyard begins with the end of the harvest, is in October when the ground is prepared for the new harvest, followed by fertilization and pruning, which begins at the end of the calendar year and which defines how much we want. By cutting, we shape the vine and it lasts all winter, after which small repairs are made in the vineyard, and at the beginning of April, budding, leafing and growth of green mass begins. The yield is mostly defined in the flowering that follows, during which future clusters are formed. We remove unwanted excess green parts, as well as berries, because if there is less fruit, it will be richer and more concentrated with the benefits of the sun and the earth, and thus we get quality wine.

Harvesting of earlier varieties begins in mid-August, for žilavka and pošip, and ends in October when cabernet sauvignon is harvested. The assortment of ripening is large, so the harvest is extended to a few months. Production in the vineyard ends when the grapes are harvested and come out of the vineyard. 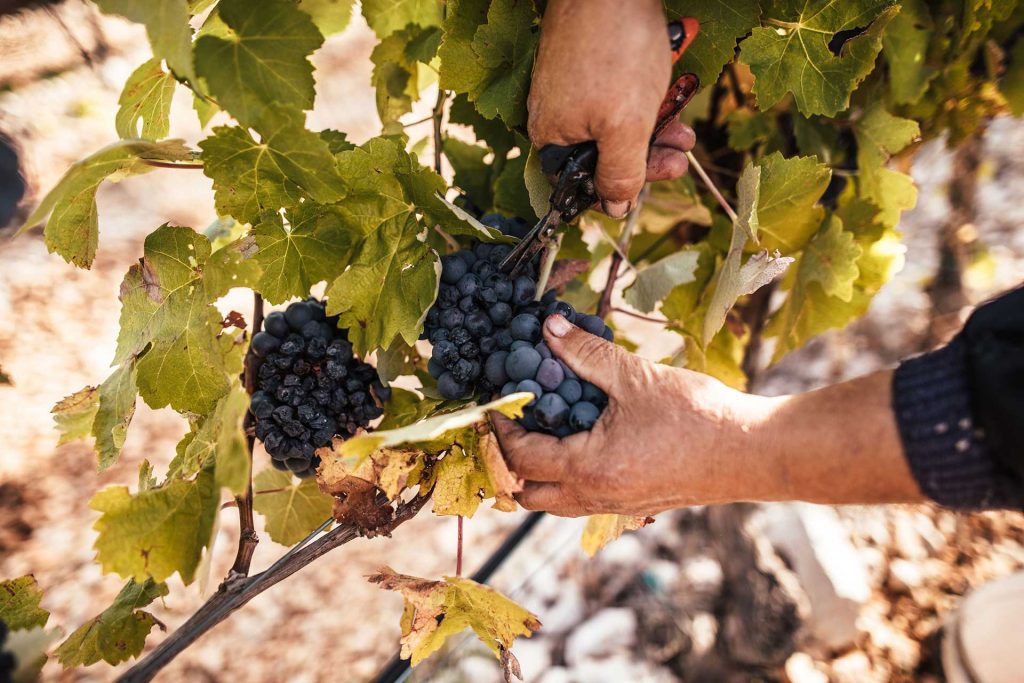 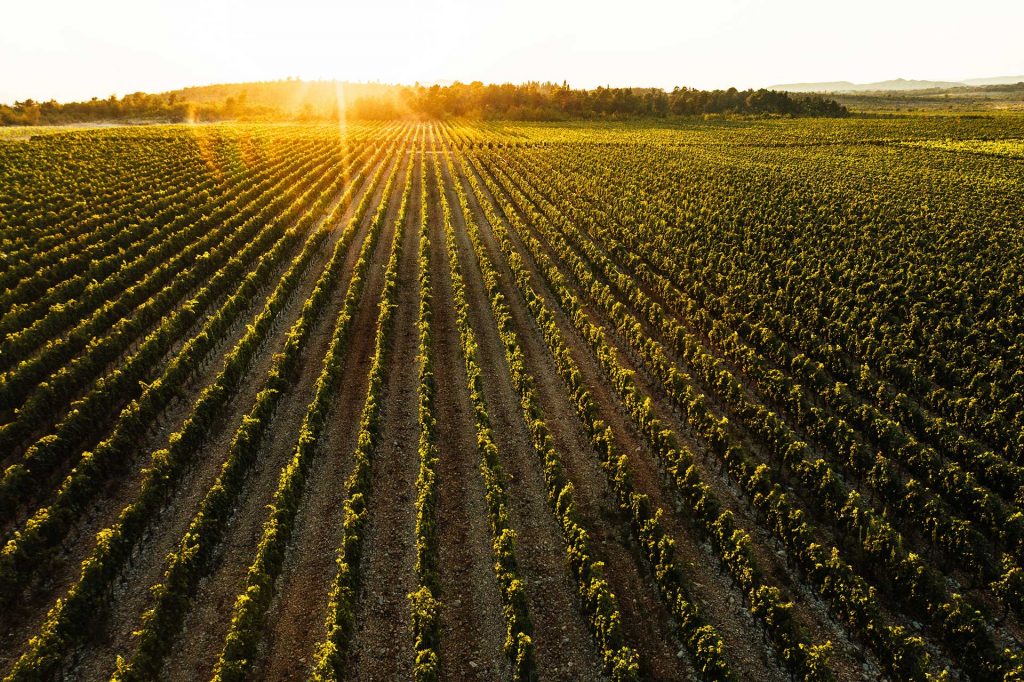 Already in the vineyard, grapes are selected, so bad grapes are removed, and at the reception in the winery, a final inspection is done because only quality berries have the opportunity to become excellent wines. The production process in the winery has a difference depending on the type of wine, is whether they are white, red or rosé wines, although there is a difference when it comes to individual varieties. It is primary to see what we get from the vineyard and align it with the desires and needs. 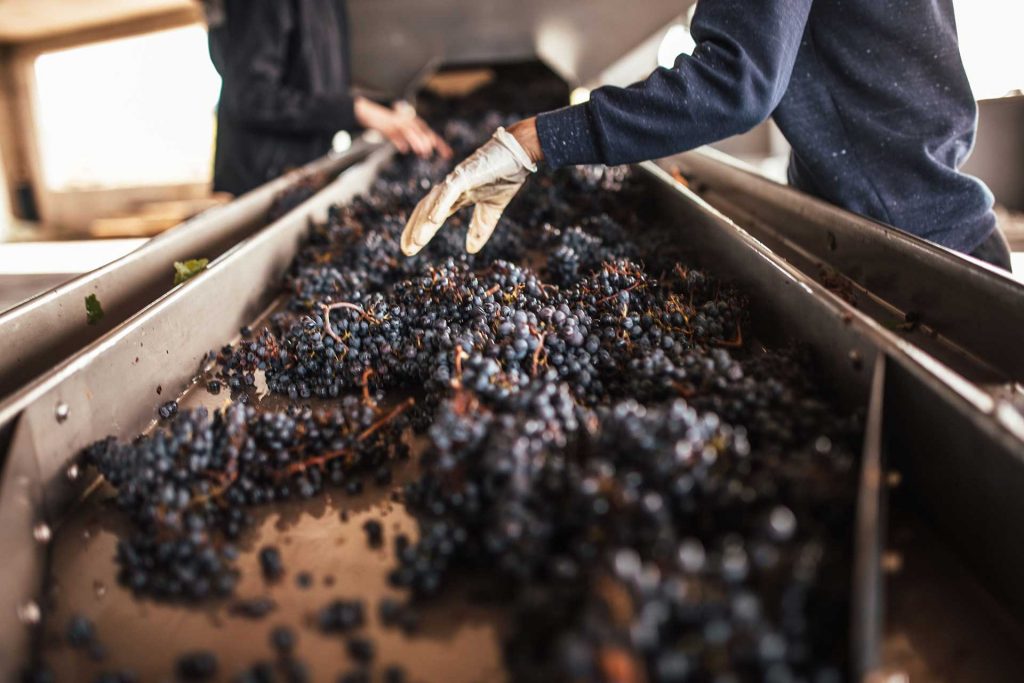 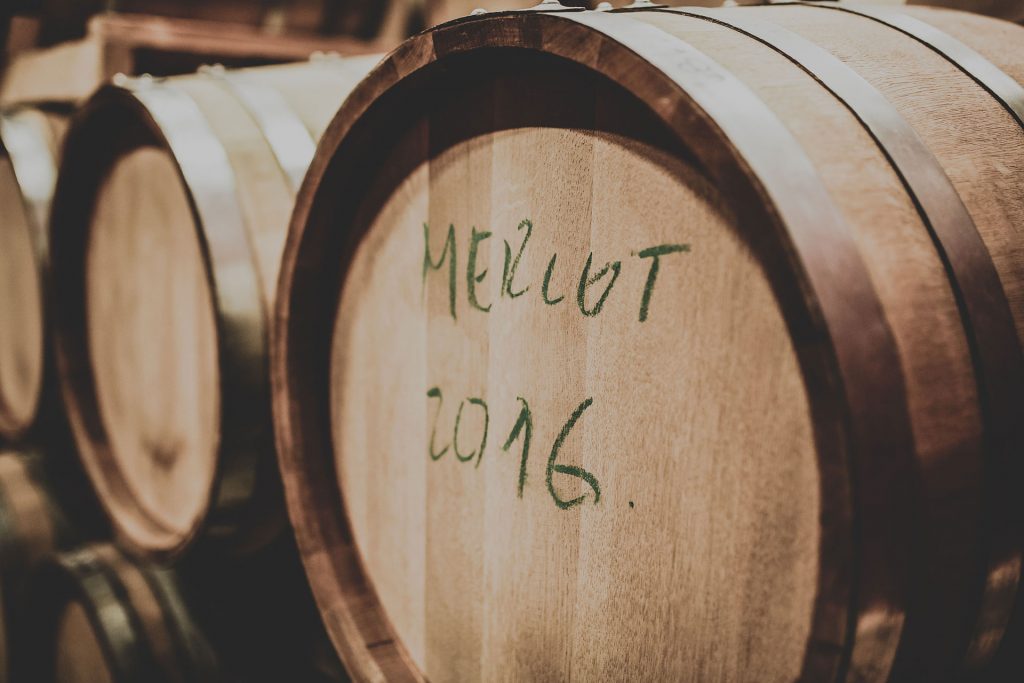 White wine is produced in several ways. One way is to press the harvested grapes, then, in order to get clear juice, paving is done, followed by the fermentation process with the addition of yeast. Fermentation takes place at lower temperatures and therefore the yeasts work more slowly and the process itself takes longer, approximately 15 days during which time the sugar is converted into alcohol and so we get a light and refreshing white wine. More complex white wines have a slightly different process because the berry, after the process of mulching and rotting, stays in contact with the juice for ten hours. From this contact, aromas and aromas for richer wines are obtained. After maceration, the juice is squeezed and the procedure is the same as for lighter wines, so some wines go into wooden barrels for fermentation, and some into stainless steel. After overflow and clarification, some wines can be bottled immediately while the more complex ones are allowed to age and are filled after about four months.

Rose is made from red grapes, but not from colored juice. Rose can only be made from white juice, which later in the process of several hours of maceration of the skin takes on color and becomes slightly red. The clear juice goes to fermentation at lower temperatures in stainless steel barrels. It is ready for filling in the spring, although it can be done earlier, because the rose is a fluttery and drinkable wine in terms of its texture.

The black grapes from the vineyard come to the mulching machine and the berry is separated from the stalk, whereby the berry gently expels the juice. The process of maceration also includes juice, berries, meat, skin and seeds, and at the same time fermentation is carried out, and this whole process can take from 5 to 30 days. This is followed by swelling and the remaining impurities fall to the bottom, after which they are transferred to the second tank and after a month to the third. Lighter red wines then go into stainless steel, and premium ones mature in oak barrels, shorter or longer depending on preference.

Each wine has its own development path and it is very important to determine what we want and to align the individual stages in the production process. Some wines should be drunk while they are young, and some as quite mature. The wine has no expiration date, but it has a time of the best enjoyment, and we try to bring that time and that feeling to you as well.

This website uses cookies to improve your experience while you navigate through the website. Out of these, the cookies that are categorized as necessary are stored on your browser as they are essential for the working of basic functionalities of the website. We also use third-party cookies that help us analyze and understand how you use this website. These cookies will be stored in your browser only with your consent. You also have the option to opt-out of these cookies. But opting out of some of these cookies may affect your browsing experience.
Necessary Always Enabled
Necessary cookies are absolutely essential for the website to function properly. This category only includes cookies that ensures basic functionalities and security features of the website. These cookies do not store any personal information.
Non-necessary
Any cookies that may not be particularly necessary for the website to function and is used specifically to collect user personal data via analytics, ads, other embedded contents are termed as non-necessary cookies. It is mandatory to procure user consent prior to running these cookies on your website.
SAVE & ACCEPT